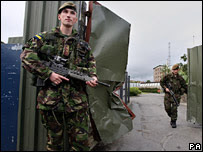 It pleases me greatly that the British army's operation - or should I say occupation - of the northern part of my country officially ended at midnight this evening.

'Operation Banner' was the longest continuous campaign of the army's history spanning 38 years in total.

The head of the Army in NI, General Nick Parker, laughably claimed the operation helped create the conditions for a political solution:

"What I believe the military have done here is make a significant contribution to the security in Northern Ireland that has allowed other people to make the difference through politics, social programmes and economics."

This is revisionist bullshit. The presence of the British military exacerbated an already grim situation in NI and led to the continuation of a bloody and miserable chapter in Irish history. Irish people shall remember the British presence in NI primarily for Bloody Sunday in 1972 and for the countless other instances of mistreatment which they dished out to citizens of this land.

Speaking for the majority of Irish people may I inform these troops that they shan't be missed nor shall they be looked upon fondly by future generations. Good riddance.

Congratulations to Padraig Harrington on a superb Open victory today at Carnoustie.

Harrington manged to edge out Spain's Sergio Garcia in a four-hole play-off to clinch his first ever Major title.

I'm not usually a golfing enthusiast but I was gripped by the events all day. Said Harrington:

"Obviously I've come a long way. When I turned pro I'd have settled for being a good journeyman golfer.

"It's been great being named as someone who could win a major but that brings its own pressure.

"I'm sure there's a hell of a party (in Ireland) now and I know I don't have anything to do for two-and-a-half days so I'm going to party on."

It capped off a fine day for Irish golf as County Down's Rory McIlroy picked up the silver medal for being best amateur.

I'm delighted for Padraig as I know he's had many doubters who wondered if he could ever land the big one. You can watch him being interviewed here following his win and you can see how much it meant to him.

Enjoy your moment, Padraig. Irish sportsman of the year? He looks a good bet to me even at this relatively early stage. 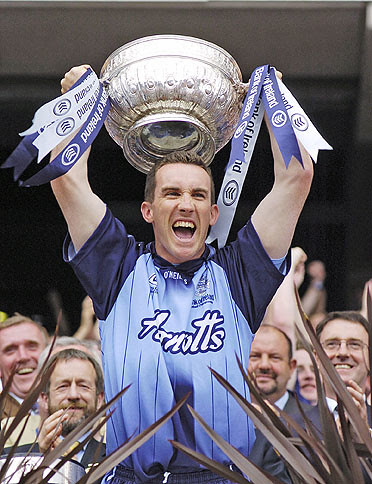 Just checking in from my break to wish Dublin the best of luck in their bid to claim a third consecutive Leinster Football title against Laois later today.

I'm confident the boys in blue will do us proud. I only wish I could be there to see it at Croke Park.

Afterwards Monaghan will take on Tyrone in the Ulster Football Final. I've friends from Monaghan so I'll be rooting for them to take their first Ulster title in 19 years. I reckon they'll have a tough time of it though.

Should be a good sporting day.

As for this blog, I haven't forgotten it. I hope to be back blogging regularly in a short while. I have comments from some of you on other threads which I will add eventually. I also have an interview with Sinn Féin MLA for North Antrim, Daithí McKay, to publish.

I haven't much else to add at this point in time except to say that I was pleased the 12th of July Orange Order parades passed off peacefully and without incident. It was disappointing to see some UDA banners flying about but most people were respectful and we have to acknowledge that we're still in very much a transitional period on this island.

Anyway I hope the weather is nice wherever you are and that you're having a good summer. God bless.