A week is a long time in politics... 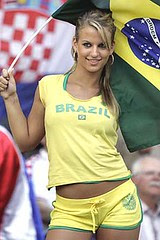 And three weeks are even longer. Quite a lot of things have happened in my absence I see.

Even so I'm finding it strange to be posting again because I haven't really missed posting at all. Funny that.

Of course perhaps the biggest news of all has been the loss of one of Ireland's great figures who has finally left the stage. No prizes for guessing who I'm referring to.

I am of course referring to...the great Roy Keane who had to retire from football due to a hip injury. We'll miss ya, Roy.

What's that? Oh yes and in other news Charlie Haughey died and was honoured with a state funeral. Other countries look down on criminals but here we give them state ceremonies. Once again this country shows the world how fucked up it really is.

On a final note, the World Cup is in full swing and I've really enjoyed it. It's amazing how clueless English fans are. Their team is about as thrilling as Basic Instinct II and yet they still feel they can go on and win the thing. I can't wait until they're knocked out.

The World Cup has proven a nice distraction for me and I've decided not to write any more posts until it's over. Seeing as my readership has all but disappeared, I don't know if anyone will actually notice this or care (hello?) but if you are reading, good luck and take it easy. 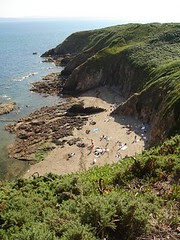 Some of you who have emailed me will already be aware of this, but for those of you who are not, I am going on my summer holidays from next week.

I'll be away from Monday and since I can't be arsed blogging over the weekend, this will be my last post for a while.

The last few days have been, shall we say, peculiar but I appreciate the kind comments left by many of you on United Irelander as well as those of you who emailed me with your messages of support.

Without sounding too preachy here, there are people who dislike blogs and there are people who don't understand them. I happen to both like and understand them and for me, the role between a blogger and his/her audience is sacrosanct. I think a lot of you respect the fact that what I write about is always 100% from the heart and reflects my honest, earnest thoughts and feelings. What you choose to do with those opinions of course is entirely up to you.

I'm going to wrap up here by telling you that I aim to be back the week starting Monday the 19th of June (but don't hold me to that). I have some more interesting interviews lined up including ones with some well-known Irish figures but you're going to have to wait a little while for them.

I'll leave you then with these nice words courtesy of Gertrude Jekyll:

"What is one to say about June, the time of perfect young summer, the fulfillment of the promise of the earlier months, and with as yet no sign to remind one that its fresh young beauty will ever fade."

I wish you a warm summer and I'm not just talking about the weather. All the best and keep well.

Update: I have decided to enable comment moderation until I return full time in a few weeks. Thanks for your kind comments, all. Enjoy the summer.

I figured I should give my thoughts on the big story that's in Ireland right now concerning our statutory rape laws.

As I'm sure most of you are aware by now, on Tuesday a 41 year-old convicted sex offender who plied a 12-year-old girl with drink before having sex with her was released from prison after High Court judge Ms Mary Laffoy (pictured left) ruled the man's imprisonment was unlawful.

Last week, Ireland's Supreme Court ruled parts of the existing laws on statutory rape were unconstitutional saying the law did not allow a defence of making a genuine mistake about a girl's age.

The High Court decided then, in the wake of that ruling, to free the man, known only as Mr A.

This decision has caused outrage amongst the Irish people and there have been heated exchanges in the Dáil in recent days over this paedophile man being released.

As a result, the Government's proposed measures to deal with the legal loophole relating to statutory rape are expected to be disclosed this afternoon. Justice Minister Michael McDowell was initially planning to overhaul the entire law on underage sex, but he is now understood to have opted for a constitutionally sound version of the original 1935 legislation instead.

My own reaction to this ruling was one of shock and disgust. Irish courts apparently think that the 41 year-old man who plied a 12 year-old girl with alcohol didn't realise she was underage. "Lunatics running the asylum" springs to mind.

Essentially the Irish courts have released a man who is a threat to children. The youngest members of our society are our most vulnerable and need our protection. They don't need to be placed at risk by our very own system.

Why is it though that in this country politicians don't act until the very last minute when there is a problem? I commented way back in December of last year about how the Justice Minister was considering changing the age of consent in Ireland.

Under our bizarre laws, a male can can have sex at 15 but a female can't have sex until she's 17. So if a 17 year-old female sleeps with a 15 year-old male, our laws regard that as fine and dandy. However if a 17 year-old male sleeps with a 15 year-old female, our laws regard that as the male committing a crime and he can be arrested. To put it another way, if two 16-year-olds have sex in this country under our current laws, the boy would be committing a crime and the girl would not.

I'm not aware of any other European country that has one rule for one gender and another rule for another gender the way we do.

If McDowell had sorted out our strange rape laws back in December, perhaps we wouldn't be in this mess. It's funny how so many months passed by without McDowell doing anything. Now that he left things too late, suddenly he is rushing legislation through in a panic so that other horror stories, such as this one, don't end up endangering children further. McDowell in my eyes has failed yet again and I think he ought to consider his position.

This Government too has failed and failed and failed time and time again and when you think things can't possibly get any worse, they fail yet again. How many more of these scandals are we going to have to put up with?