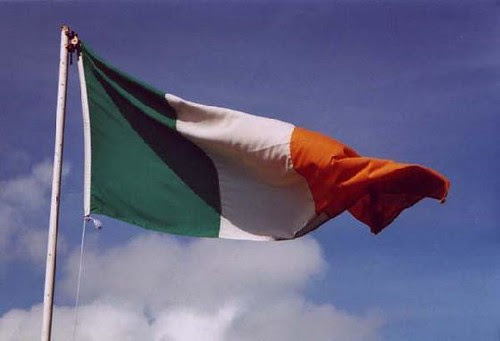 I'm going to try and devote more time to United Irelander in 2008. As some of you know I had some problems in 2007 which severely curtailed the time I could devote to the site. Thankfully I've gotten through that and with 2008 set to be a big year for Ireland, with the Lisbon Treaty referendum in particular being the main topic of concern, I intend to try and post more regularly the way that I used to.

As a result I've made some updates to the site and I thought I'd fill you in on some of the things you can expect from United Irelander in the coming weeks and months. I've decided to reintroduce the daily features to UI although I've made a few changes. They are as follows...

Monday Movie: Yes United Irelander will be making the move to Youtube. I've become quite fond of making short movie clips and I'll try and put some stuff on Youtube as well as the site itself. I'll speak about this more eventually. Right now I'm looking to find some good movie making software which is more reliable than Windows Movie Maker since WMM seems to crash more often than a drunk driver on an icy road. If anyone can recommend some good programs to me and some prices I'd appreciate it.

Top Ten Tuesday: I used to enjoy doing this feature so I think it's worth bringing back.

Words on Wednesday: I'm proud of how this feature has developed and I hope to have plenty more interviews with political figures in 2008. There is an interview with Dr Stephen Farry of the Alliance Party this Wednesday and I'm pleased to say that it is another candid interview, much like last week's one with the SDLP's Carmel Hanna.

I also have an interview lined up with a very respectable academic who is in favour of a Yes vote in the upcoming Lisbon referendum. I raise several of my concerns about the Lisbon Treaty in the piece. Should prove interesting hopefully.

Thursday Thoughts: This feature sees me go into detail on a particular issue and I think these posts have probably been some of my better ones.

Friday Face-Off: A new feature this one. Will become clear what this involves in due course.

Weekend Words: I had originally intended this to be similar to my Words on Wednesday feature with it involving interviews with non-political figures from Irish culture. I didn't really devote as much effort to it as I had initially planned however and so far 2fm's Rick O'Shea has the distinction of being the only one interviewed! I intend to put this right in the coming weeks and months. I can't name any names yet but I hope to have some interesting interviews lined up in the future.

Some other features will pop up every once in a while also. That's about it really! I hope these features prove entertaining and worthwhile and encourage you to make United Irelander part of your daily reading habits.