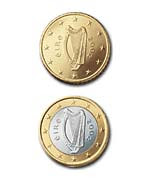 I came across this interesting article recently on The Green Ribbon by economist, policy adviser and former senior research officer for the Northern Ireland Economic Council, Douglas Hamilton, who puts forth the argument that the Irish Republic can indeed afford to integrate with the 6 counties.

"Perhaps the most important initiative to have come out of the Belfast agreement on areas of north-south co-operation in December 1998 has been establishment of the body to deal with trade and development -- subsequently named InterTrade Ireland. Although initially its role appeared to be restricted, in a very short time its remit has become much broader, taking in venture capital, regional development, policy and planning, science and technology innovation, e-commerce, public tendering and procurement, trade promotion and a remit to advance economic competitiveness.

"Traditionally, unionists have argued that Irish economic, let alone political, unity is a financial impossibility due to the size of the British Treasury's subvention to the north, the removal of which would have a dramatic impact on local taxes to support the public services.

"While breaking the financial link with Britain would involve severe costs, it is worth making some revised estimates of what the consequences might be in the 21st century. The south has been running a substantial fiscal surplus throughout the 1990s and it can be argued that Britain's subvention to the north is likely to fall.

"The hypothetical fiscal position for the whole of Ireland would be a deficit. However, that public deficit is likely to be below the Maastrict criteria of three per cent of GDP, making, in the short term at least, an integrated Ireland economy no longer something to be seen as a financial impossibility. While it remains uncertain as to whether a united-Ireland economy is inevitable and the process irreversible, what is clear is that the consequences of developments throughout the 1990s fundamentally changed the face of Ireland -- economically, politically, socially, culturally and geographically.

"The northern economy, with its traditional, uncompetitive and highly subsidised industrial base, has failed comprehensively and is in need of fundamental restructuring.

"The southern economy, on the other hand, while highly successful in terms of significantly increasing average living standards, is highly dependent on potentially transient US capital in a very narrow range of industries. It remains unclear as to its long-term performance, as recent events have emphasised."

"The unprecedented turn around in the economic fortunes of the south, where average living standards are now above those in the north, has changed traditional economic approaches both north and south, opening up the possibility of further constitutional change."

Many unionists don't like to discuss the idea of a United Ireland on the grounds that it is not viable economically. Well, according to Mr Hamilton, this is no longer the case.

So now let us scratch that reason off the list! It is economically viable. The real question is, is it politically justifiable?

Only time will tell.